Wicked Drama. Great Voices. Just Add Your Imagination…In this classic tale from the pen of one of the greatest of storytellers, a man tampers with his own psyche to free his spirit and mistakenly unlocks his own evil nature. Immerse yourself in 1880s London as PICT brings one of the most beloved horror stories to life in a stunning new radio drama. This world premiere audio experience can be streamed right into your home on the device of your choice for only $10.

Written and directed by Alan Stanford.

We jokingly refer to it as the TARDIS after the fictional time machine/spacecraft from the Dr. Who series. But it’s one way that has helped make theater possible in the new normal. It’s where I got to spend a day and a half with my fellow actors Marty Giles, Tony Bingham, and James Fitzgerald cutting our scenes for the upcoming The Strange Case of Dr. Jekyll, an audio adaptation of the Robert Louis Stevenson classic written by Alan Stanford, artistic director of Pittsburgh Irish & Classical Theatre.

Just a week before, the AEA audition call went out, followed by a flurry of call backs, castings, and COVID testings. Then two evenings of Zoom rehearsals and union meetings with the rest of the 9-member cast to go over all the new socially-distant protocols that had been put in place. All weirdly fascinating. Rehearsing by Zoom is just odd for people used to being in the same room, hearing each other in the same space, seeing expression, and salivating all over each other. Yes, dear audience, that’s the price of enunciation and p-p-p-passionate diction to be clear for you in the back row. I say that as a particularly spitty actor. Don’t let anyone tell you we don’t aerosolize.

The Tardis has four entrances, one each side, leading to individual booths separated by plexiglas from the chest up and wood framing covered by heavy blacks on the bottom half. Each actor was given a personal pair of earbuds we had to keep with us. And the spaces were all wiped down between actor changes. Outside, in addition to being masked, everyone was spaced at individual tables about twelve feet apart and had a clockwise walk path around the recording space to follow. There were weekly COVID tests to be taken and daily temperature checks on the way in to the building. I really have to hand it to both the union and the theatre company for working really well together with a great deal of care, clarity, and camaraderie to make it all possible.

I’ve only heard stories about when the Orson Welles’ radio drama of H.G. Wells’ War of the Worlds originally aired and scared the pants off people. But I do remember listening to Jeff Wayne’s musical adaptation of it as a kid one Halloween, and huddling under the covers as the sound of the first Martian cylinder ominously unscrewed on an imaginary Horsell Common and Richard Burton intoned the depiction of black slathering bodies that glistened and writhed in the pit before the coming of the heat ray.

What we call “radio” is really audio production and internet streaming, but the effect is the same as any of you who consume audiobooks already knows. Theatre of the mind is incredibly powerful and personal because it enlists the listener’s own imagination as it brings a scene to life with the sounds of the actors and magic of foley. And it’s one of the many reasons I’m thankful to be part of this production. In an industry that’s been hit particularly hard by the pandemic, its just one way theatre is being done together, yet apart. We hope you enjoy it.

Dr. Jekyll is the first of a series of radio dramas PICT is producing between now and Christmas and is set to stream between October 15-31. TICKETS ON SALE NOW at www.picttheatre.org.

“Joe Nolan and his Thought Thief friends managed to escape Brightside in the original novel, but now they find themselves with a giant price on their heads, the entire country looking for them. Joe is badly injured and up against incredible odds but he is willing to do whatever it takes to helps his friends and father.”

Without Expiration: A Personal Anthology

As a society that struggles to reconcile the uncovering of past wrongs with simple human frailty, punishment, and personal redemption, the stories in Without Expiration challenge us to consider the humanity of characters who are flawed and heartbroken and who do and suffer terrible things.

Works from Without Expiration have been published in some of America’s best short fiction journals. From the tale of a devastated father hunting his daughter’s killer to that of a couple forced to confront the disintegration of their marriage anew each time the wife awakes from a persistent vegetative state, the short fictions in this anthology seek to obliterate any sense of righteous indignation and to question how any of us can make it unscathed through a life where our every mistake is without expiration.

New Video: “Get Back in the Game”

Part of the ReOpen Pittsburgh theme for Salem Surround. Shorter, sweeter, and wrapped in a Black & Gold bow with video by Gary Dickson. From my bunker somewhere South of the Golden Triangle ‘n’at.

We’re all itching to get back to work. Pittsburgh is no exception. But we won’t do it without each other. Writing and producing audio from my bunker at home, with Gary Dickson, editing video from his, we put this piece together for Salem Surround, a division of Salem Media Group. 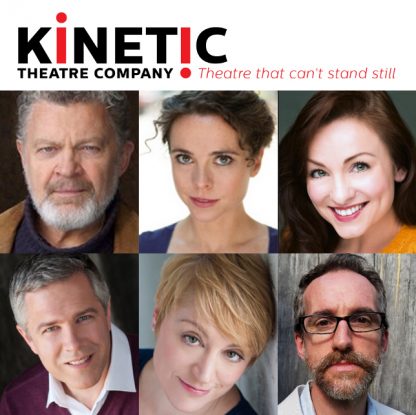 Andre was once a tap dancer.  He lives with his daughter, Anne, and her husband, Antoine.  Or was he an engineer, whose daughter Anne lives in London with her new lover, Pierre?  The thing is, he’s still wearing his pajamas and can’t find his watch.  He’s starting to wonder if he’s losing control.

Written by Florian Zeller, translated by Christopher Hampton. This 2017 Tony-Nominee for Best New Play allows us to see the world through the eyes of a patient suffering the debilitating effects of dementia.  Directed by Andrew Paul, and featuring Sam Tsoutsouvas, Catherine Gowl, Darren Eliker, Erin Lindsey Krom, Lisa Ann Goldsmith, and Gregory Johnstone.

A Message from the Ghost of Hamlet 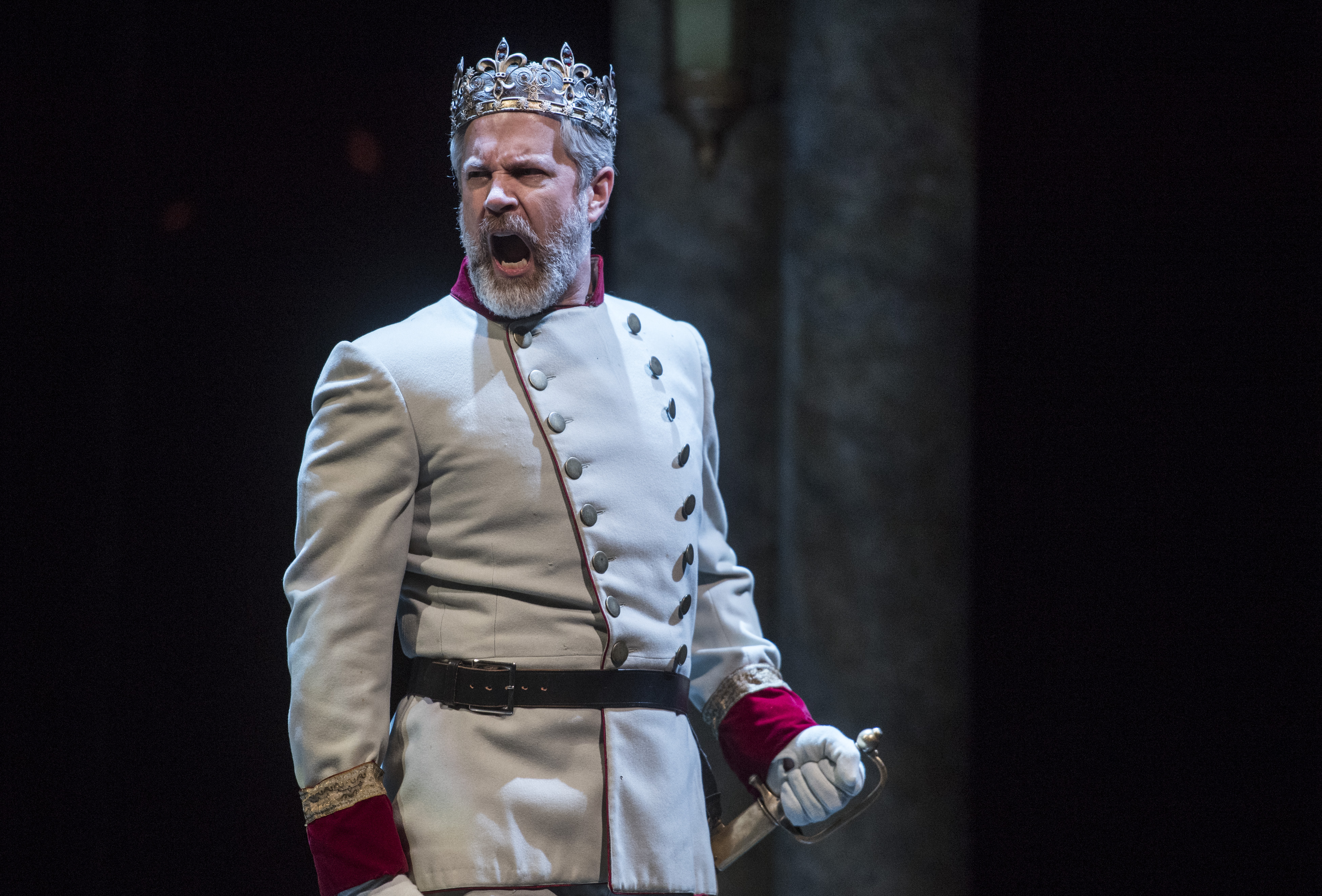 “This visitation is but to whet thy almost blunted purpose!”  Last chance to see Hamlet at the Pittsburgh Public Theatre.  Only 4 performances left, now through Sunday, May 20, 2018!  Don’t miss Ted Pappas’ final production as artistic director of PPT.  Get thee to http://www.ppt.org for tickets before they’re gone!  (Pictured:  Darren Eliker as the Ghost of Hamlet)

Haylie Grimes (Francie Swift) needs someone to bail her out of jail.

For all who love their pets.  Putney, Inc. has developed a terrific concept.  Generic pet medication.  Happy to voice this sweet :60 produced by my friends at Smith Brothers Agency and Market St. Sound.  Watch, join the collective “Awwww”, and pass it along to a pet lover you know!